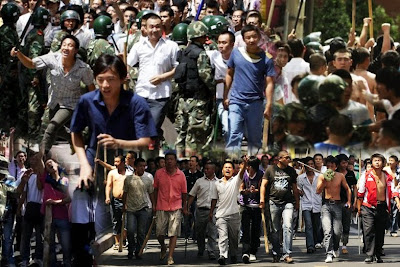 Han Chinese armed with sticks break through a paramilitary police line as they attempt to attack Uighur areas in Urumqi, western China's Xinjiang province, Tuesday, July 7, 2009. Scattered mobs of Muslim Uighurs and Han Chinese roamed the streets and beat passers-by Tuesday as the capital of China's Xinjiang region degenerated into communal violence, prompting the government to impose a curfew in the aftermath of a riot that killed over one-hundred people. 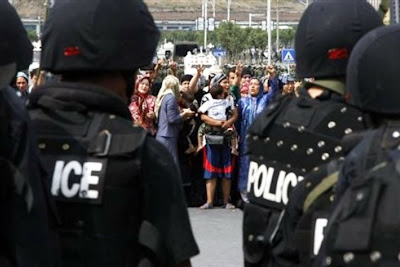 Xinjiang means 'the new frontier,' so it's a relatively new part of China. Until about 50 years ago, almost all of the inhabitants were Uighurs, who are closely connected across central Asia to the Turkish people. So they have really very little with the Han Chinese and they're Muslim by religion.